Apple recently announced that they are discontinuing the complete line of Airport products. So now is a good time to look at the best options available if you’re looking for a new WiFi system for your home or office. I’ll be covering Mesh WiFi systems specifically in this article. 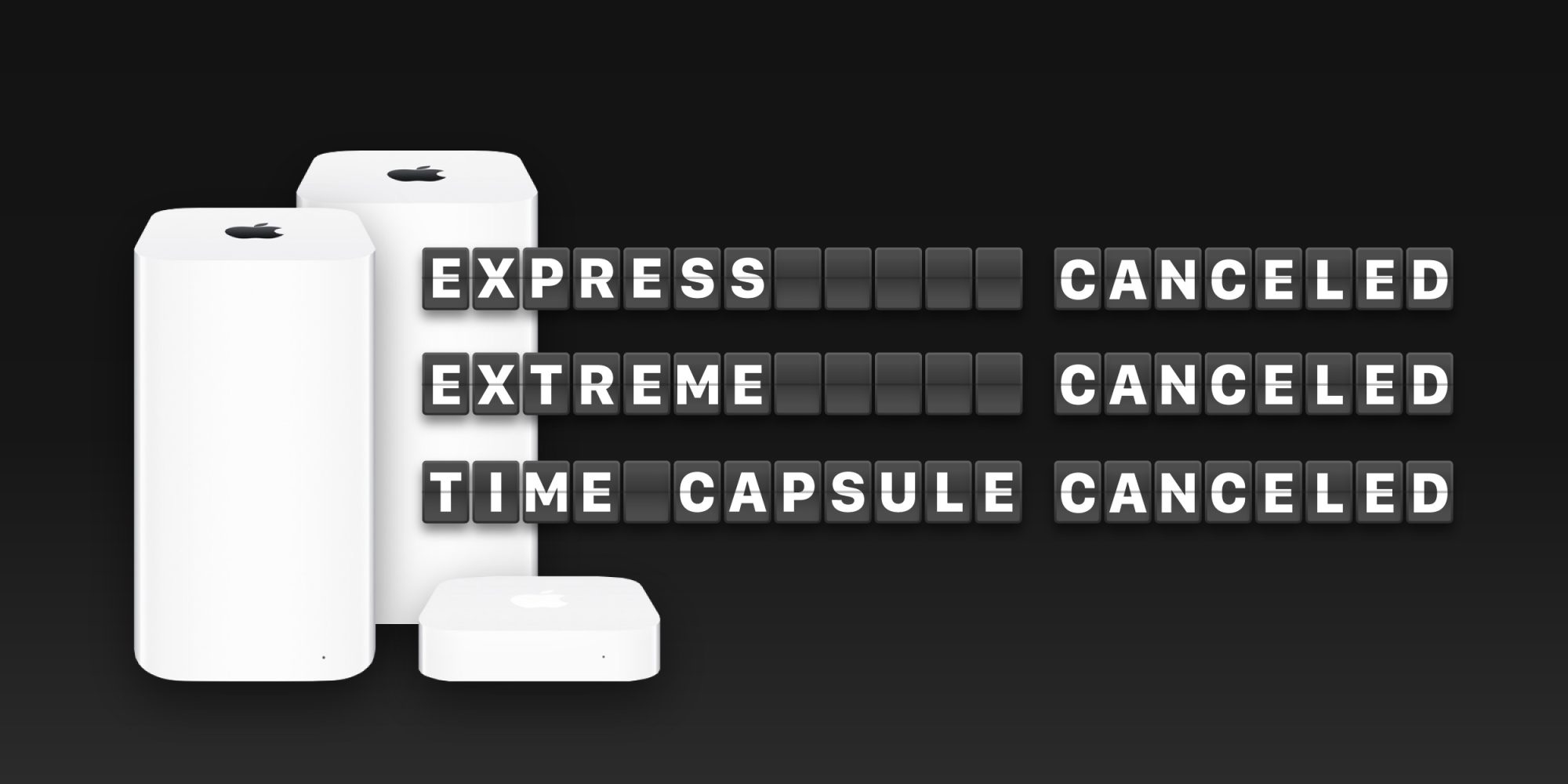 The Airport line of products from Apple, which debuted in 1999,  includes the Airport Extreme, Airport Time Capsule, and Airport Express. These great products have been very popular with consumers who own Apple computers over the years. But unfortunately, Apple stopped putting much effort into these devices over the last 5 years. And so, it seemed it was only a matter of time before they would announce that they would no longer keep making them.

It is widely believed that has Apple stopped developing Airport devices mainly because there’s an awful lot of really good routers coming from various companies the last couple of years. It’s very likely that Apple felt that they didn’t really have anything superior to offer compared to what other companies are selling. And so they have decided to bow out gracefully. Whatever the reason, there’s no denying that there’s been some major advances in the wireless router market over the last 2-3 years.

Why it might be time for an upgrade
With the rise in popularity of smart home devices and countless streaming media services such as Sonos, Spotify , Netflix, and Amazon Video, whole-house WiFi coverage has become a must for many households. But if you live in a larger home with dense or brick walls, multiple floors, metal and concrete substructures, you may have a hard time filling the house with a strong signal. In the past, you could buy a variety of range extenders to help your router reach further, but often with mixed results.
Internet providers have been slowly introducing the option for much faster speeds the last few years. But if you’re using an old router in your home that’s over 6-7 years old, there’s a good chance that your router is just not capable of providing you with the speeds you’re paying for. In other words, even though you may have signed up for the fastest plan your provider offers, with speeds of 100 Mbps or more, your router from 8 years ago might have been manufactured with a top speed of only 40 Mbps. And so, you could be losing out big there simply because of that.

Mesh WiFi routers have become widely available
The biggest change of the last couple of years has been the arrival of mesh WiFi routers becoming available to consumers. Before 2016, mesh network routers were mostly found on military bases and big businesses, but they are now widely available to home consumers. To be clear, not everyone needs a mesh network in their home. If you live in an apartment or small home, the traditional router which your internet company provides should be just fine. But if you live in a home that’s bigger than 3000 square feet, these systems will help you eradicate areas with poor Wi-Fi coverage. Also, Mesh systems are still fairly expensive, even though the prices are dropping pretty rapidly.
I’m not going to get too in-depth with the technical aspects of Mesh routers systems in this article, but I’ll explain a couple of the main benefits. On a very basic level, mesh networks are set up in such a way that each unit is capable of sending out as strong a signal as the main unit that’s plugged in the modem. So, even if you’re on the completely opposite side of the house to where the internet connection is setup, the signal will be just as strong, or very close to it. Mesh Wifi networks are also much smarter about how to allocate the internet traffic in your home. These routers basically have a little computer inside, and they can analyze which area in your home is using the most bandwidth , and will divert traffic accordingly.
Another big advantage to these modern systems is that they are very easy to set up yourself compared to older systems. All of the ones I’ve set up so far require you to download and install a smart phone application which guides you through the installation process to make it as easy as possible. You also gain access to some cool features such as the ability to see which devices are using your network, the ability to restrict internet access to kids, and much more. My Mesh Wi-Fi systems recommendations
I’m only going to recommend the systems which I have first-hand knowledge of. And by that I mean systems I’ve set-up for clients in the past 18 months. But if you do a Google search, or search for Mesh routers on Amazon, you’ll find plenty of reviews for a wide variety of products.
I’m also only going to mention products by companies which I feel will most likely be around for the next 5 years or more. There’s a lot of new startups who’ve started making Mesh routers, and it’s a little hard to say who’s still going to be around and still provide support a few years from now.

eero Home WiFi System: I really like this system a lot. eero is an American company, and they were one of the first companies to release Mesh routers for home consumers in 2016. Their units are quite small, really easy to set-up with the eero app you install on your phone. I’ve seen fantastic results from this system in some really difficult larger homes, where the internet speed was 10 times faster once the eero system had replaced the router from the internet company. They’re still fairly expensive though, and you can expect to spend somewhere between $250 to $500 depending on your needs. They do have a very informative website at https://eero.com/

Netgear Orbi: This is probably the system that gets the best reviews overall, and I do think it is an excellent product. This one is also very easy to set-up with their phone app, and it guides you through the process seamlessly. The units are larger than the eero and they have a fairly bright light on top of the unit that can change color to let you know if there’s an issue, or if it’s updating. Also, Netgear have been making great routers for a very long time, so that’s definitely a plus. Once again, I’ve seen great results from this system and I highly recommend it.
You can get more info about these routers at http://www.netgear.com/orbi/

Lynksys Velop Tri-band: This system is the only Mesh system currently sold by Apple on their website, and they look very much like the Airport extreme in their design. I have very limited experience with this system, but the only one I’ve set-up worked flawlessly. It has great specs, looks good, and it also getting great reviews all around at the moment. It is also fairly expensive, and you should expect to spend somewhere between $200 to $500 depending on your needs. You can more info at https://www.linksys.com/us/p/P-WHW0303/

There is of course far more options that the three I’ve just listed. But these are the ones I have personal experience with, and would not hesitate to recommend to anyone.
Let me know if there’s another product that you would recommend highly yourself.