Over the last few years of working with clients, I’ve seen a huge spike in people picking up malware/adware on their Mac. Malware is a pretty broad term which encompasses all sorts of malicious software, but the kind you’re most likely to get on your Mac is usually adware. Once on your computer it will embed itself in your web browsers and might start re-directing your web traffic, change your homepage, and probably show you all sorts of unwanted ads, warning messages and pop-ups. Malware on the Mac is not particularly harmful, but can be very annoying, and seriously limit what you can do on the web. That being said, it’s usually fairly easy to remove.

But ideally, you want to avoid picking up malware in the first place by taking some basic precautions. One of the most common ways that people pick up malware on their computer is by mistakenly downloading fake Adobe Flash updates. You’ll see some sort of pop-up that tells you need to install a newer version of Flash, but when you click on it you end up unknowingly installing malware instead. Here’s how you should install Flash updates the safe way :
Go to your System Preferences and click on the Flash Player at the bottom left of the window. 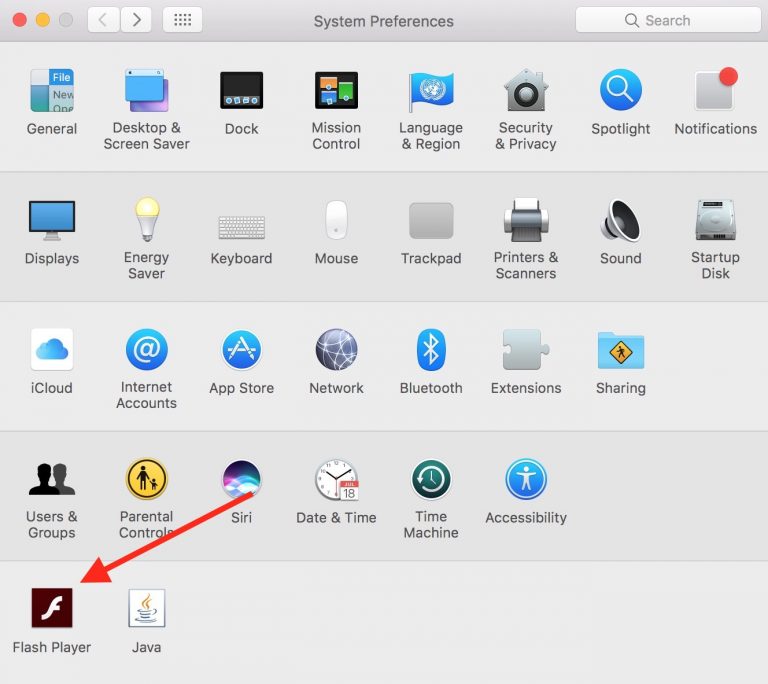 Once there, look for the Updates tab and run a check to see whether you do need updates. And if so, do it from here. This is one of the best ways you can avoid malware.

The other big precaution you can take is by not downloading movies, music, software and games from illegal sharing sites. Unfortunately, even though it may be tempting, those sites are filled with offers for free stuff that often turn out to be infected with malware. So, you just need to use good judgement there.

And finally, my other big recommendation is to stay  away from anything called MacKeeper, MacDefender, or MacSecurity at all costs. These programs are actually malware themselves, and try to fool people into downloading the software and then make the problem you’re trying to fix even worse. If you’ve ever downloaded any of these, remove them from your Mac using MalwareBytes for Mac. This is an excellent piece of software that removes malware from your Mac, and it’s free.

So, there you go, hopefully this helps to keep your Mac safe out there ?