Earlier this month, Apple had their annual WWDC conference in Cupertino, and made some major announcements about new products and updates coming up this year. For those of you not familiar with WWDC, it is a conference held every year in San Jose that Apple uses to showcase its new software and technologies for software developers. They usually announces a lot of new products and software updates during their big Keynote presentation on the first day. While I’m not going to try to cover every single announcement that Apple made during their presentation, this year stood out as particularly full of important news. Some of these things will make a big difference in how you use your devices in the coming years.

iPadOS and Project Catalyst: One of the biggest announcements Apple made was that the iPad will now have it’s own operating system called iPadOS. Instead of using the same operating system for both the iPhone and iPad, each device now will have its own operating system. Which means that certain features will be implemented that benefit iPad users, but wouldn’t make that much sense on an iPhone. Such as the ability to use a mouse. You will also be able to export and import files from an external drive or USB drive now. There’s a new Slide Over and Split View which will make working with multiple apps on iPad a lot easier. There’s a new Home Screen which will let you have access to a lot more apps. A new pinned widgets feature, new text editing features, improved Apple pencil features. A much improved way of browsing the File browser, a new Dark Mode, Safari improvements, and new privacy and security features. And a lot of small other improvements. Apple has clearly spent a lot of time working to improve the way you can use the iPad, and I’m personally very excited about all these new changes. Apple clearly sees the iPad as a device that can be used as a laptop replacement for some people, and that is getting closer to becoming a reality with all these improvements.

Project Catalyst is another very big announcement that you should be aware of, even though you may not fully benefit from it for a couple more years. What Project Catalyst does is make it easier for software developers to create apps that will work on both the Mac and on your iPhone and iPad. Up to now, software for the Mac and software for the iPhone and iPad has been developed separately, using different technologies. Project Catalyst is Apple’s attempt at making it much easier for developers to create software that works well across platforms. The goal here is to make it so that at least some of the iPhone and iPad apps you purchase also work on your Mac. Right now, only bigger companies with enough people and budget can take the time to develop apps for both platforms. Project Catalyst should make it easy for even very small developers to accomplish the same goal. 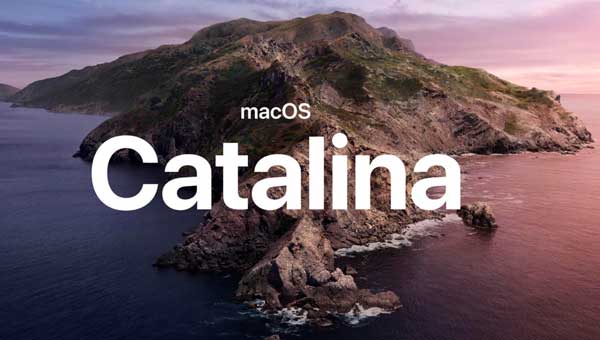 macOS Catalina and the end of iTunes: Every year, Apple releases a new free updated operating for Macs. This year, macOS Catalina is the new operating system that will become available to replace macOS Mojave in the fall.
And without a doubt, one of the biggest changes is that iTunes will no longer exist, and will instead be replaced by 3 separate apps. Those 3 apps are Music, Podcasts, and Apple TV. For 18 years, iTunes has been one of the most recognizable applications from Apple, allowing you to manage your music, TV shows, movies, podcasts, and audio books. It also allowed you to sync and back-up your mobile devices to your Mac. But in the process, it has become fairly bloated and pretty confusing for most people using it. So, Apple has decided to break things up and streamline things quite a bit. It’s fairly obvious from the names of each app what you can expect to do with each. I will write more about the other new features coming up in macOS Catalina soon.

iOS 13: This year’s operating system for your iPhone doesn’t get any major new features, but it’s a lot of small little things that should make things a little nicer on the phone.
Dark Mode: A lot of people like the way this looks, and it also means less blue light emanating from your devices, which is supposed to help with sleep.
New Photos and Camera features: There will be new editing tools and new ways to organize your pictures. These changes actually seem quite good.
Sign-in with Apple: A new way to sign-up for newsletters or join websites without actually giving companies your real email address.
Improved Maps: There’s a new improved 3-D experience, Favorites and collections.
Reminders: There’s some pretty big changes to the Reminders app with new features such as a Toolbar, Smart lists, and better Siri integration.
Health app: The Health app gets a new dashboard with a lot more useful information.
Files app: The improved Files app allows you to import and export files to an external storage devices, such as USB flash drives, SD cards or external drives. 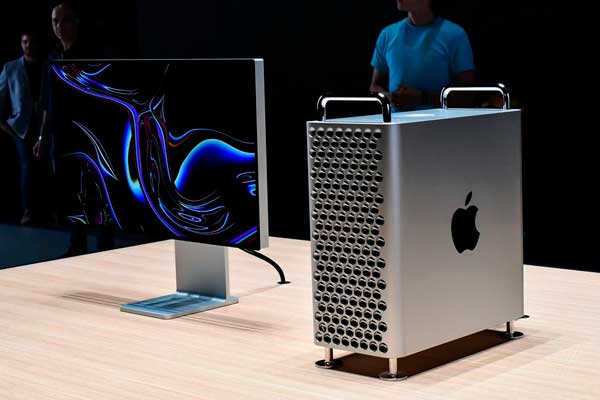 The new Mac Pro: Apple has finally announced all the details and a release date for their new Mac Pro. Now, to be sure, this new Mac Pro was built with a very specific set of customers in mind. These computers are very powerful workstations with a very large price tag to go along with it. They are meant for professionals working in fields like computer animation,  video editing, music production or even the defense department. Apple went back to a design very similar to the tower design which the Power Macs had in the late 90’s. The so-called cheese grater design. These Mac allow for much easier configuration and adding of new parts than  other Macs currently on the market. It means that different graphics or audio cards can be added to these machines in a way that’s just not possible with a MacBook Pro or an iMac. So, while these Macs are completely unnecessary for most users, there will still be benefits for most Mac users down the line. And that’s because Apple will learn quite a bit from the new technologies they’re introducing in this computer, and that will trickle down to the MacBook Pros, iMacs and Mac minis in the coming months and years.

As Apple releases beta version of some of these products in the next couple of months, I will test them out and write about them here. So, check back in the coming weeks.