It’s going to be a busy fall for Apple.

This past week, Apple announced new iPhones and new Apple Watches. Also of note, new software updates for iOS devices and the Mac will be released in the coming weeks.

Every year, Apple announces new iPhones with slight improvements and new features. And of course, this year is no exception. This year, they announced 3 new models: The iPhone XS and XS Max, and the iPhone XR. These look to be solid upgrades to the current batch of iPhones, without necessarily being ground-breaking in any way.
Perhaps most surprising is the iPhone XR, which is a good bit cheaper than the other models now being sold by Apple, without compromising too much.
The other note-worthy aspect of these phones is the new A12 chip which powers these devices. In theory, this is a big step up from previous models. It’ll be interesting to see whether people can actually feel the difference in speed and performance that is expected from these new A12 chips.
I won’t list all the new changes and features here, instead you can find a summary of the new iPhones in this article. Or go directly to the Apple website to find out more info on these new phones. The 2 iPhone XS are available on September 21st, while the XR doesn’t become available until October 19th.

The other announcement that possibly generated more excitement is the new Apple Watch Series 4. The Apple Watch is seeing significant improvements on a regular basis now. This year, they’ve made the display bigger, improved performance, and really focused on the health aspects of the watch. It is quickly becoming a very capable heart rate monitor, gathering data that was previously only possible by going to your doctor or the hospital.  The fact that you can now make phone calls and generally stay in touch with people with just the watch is becoming very appealing to a lot of people who want to leave their phone behind more often
Apple is already selling a lot of these, and I expect that more and more people will want one in the next couple of years. 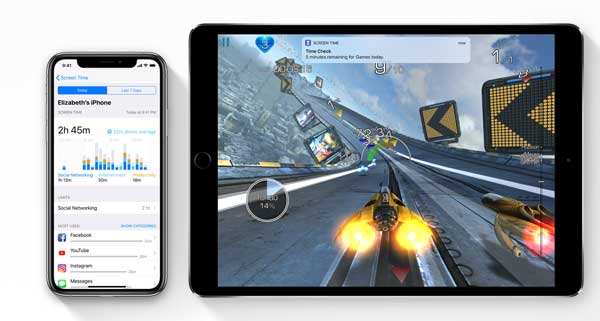 The other two big changes coming this month are the yearly updates to iOS and macOS.

The new iOS update, iOS 12, comes out on Monday September 17th. It is designed to make your iPhones and iPads faster and more responsive. Last year, Apple admitted to slowing down older devices with deteriorated batteries, which turned out to be a PR nightmare for the company. So, this year, the main focus seems to be making sure that even older devices work great with this update. There’s a few new features such as Screen Time that allows you to track how much time you spend using your phone, and which apps you use most. Siri shortcuts, privacy improvements, better password management, and quite a bit more. But I’ve been using the beta for a while, and I can definitely agree that the speed improvements are what’s most noticeable with this update. I highly recommend it.
For a full run-down of what you’ll get with this update, check the iOS 12 page on the Apple website.

And then finally you have the new macOS Mojave update coming up on Monday September 24th. I find this update really interesting for the simple fact that it adds very few new features. You get the feeling that Apple is really focused on making the operating system for the Mac the best they can. A lot of experienced Mac users have been complaining about a variety of bugs with Sierra and High Sierra, and I think that Apple is trying to remedy that. Instead of just adding new features that most people won’t use, just make sure that all the basics work great first and foremost. And to me, that is a great decision on Apple’s part. So, while you do get a few new things such as Dark Mod, Dynamic Desktop, Stacks, and other small improvements, the stability of the Mac is clearly the main focus here. To see what’s new with macOS Mojave, check out the Apple website for information.
As always, make sure to back up with Mac before proceeding with any of these major upgrades.

Alright, hopefully that gives you a general idea of what to expect over the coming weeks. If you have any questions, let me know.